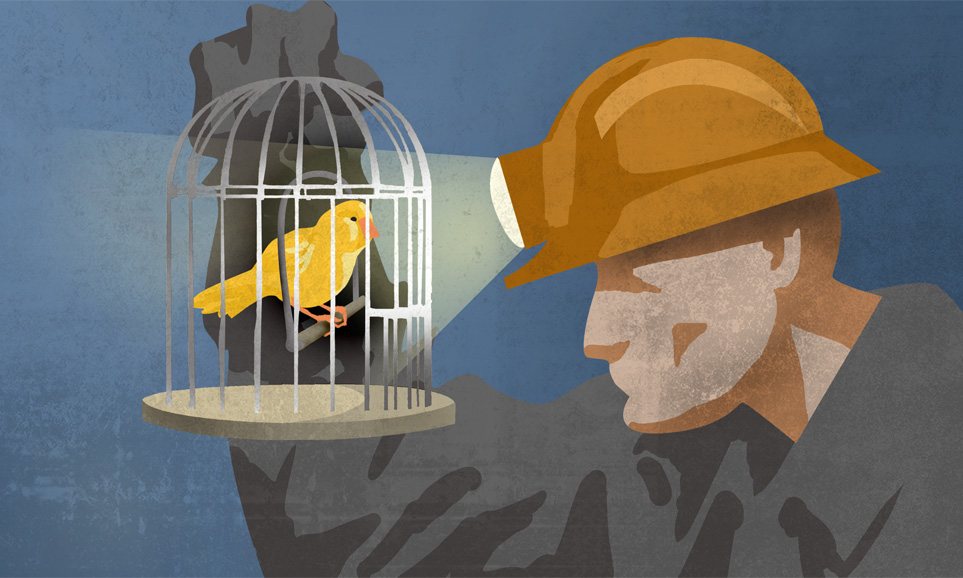 Why we must understand the causes of issues on our high streets before addressing the effects.

Last week the BBC’s investigative journalism programme, Panorama, focussed on the UK High Street.  ‘How to save the high street’ visited a number of towns including Stockton on Tees, Southsea and Southend on Sea. Understanding the causes is key to addressing the effects.

The word ‘save’ is a powerful one and is often linked to a life or death situation or in the animal kingdom saving a species from extinction. Species is perhaps quite a good analogy for the high street and Charles Darwin has much to contribute to the challenges that our town centres face. In 1859 Charles Darwin wrote ‘On the origin of species’ and arguably there is much in this acclaimed work that can be applied to our high streets. I even created a presentation on our changing high streets that has Darwinism at its core!

It has been very encouraging to see that the plight of the British high street has risen up the news and political agenda. It was back in 2011 that the then Prime Minister, David Cameron,  commissioned Mary Portas to do a review of the high street which was then followed by a number of other excellent reviews on the topic including the Fraser Review in Scotland (2013), two Grimsey Reviews (2013 and 2018), Sir John Timpson’s review, The High Street Report (2018), along with a number of parliamentary/select committee reviews. I have been fortunate to have supported or co-authored, in the case of the Grimsey Reviews, these important and independent reports.

Canary on the high street!

What we see today on our High Streets is a result of many factors that have taken hold over the last forty years. The impact of these changes were first seen in January 2009 when over 800 Woolworths stores closed. The media was full of shock and horror as well as consumers with rose tinted spectacles talking about how much they loved and would miss Woolworths but clearly not enough to shop there week in and week out! From 2009 The Local Data Company reported the rise in vacancy rates with many towns recording one in four shops vacant. For many years I presented and spoke about the data we captured at LDC and what it was showing but for many years a number of councils and property agents denied it was happening and it was just a cyclical market. These brutal facts did not go away and it is only in the last two years that local and central government has taken this issue seriously and started to respond in full.

High streets, through planning, were only allowed to have shops and many councils refused any applications that were anything different to a traditional shop. Whilst this was happening the consumer left the high street for the growing number of retail parks, out of town supermarkets and for an increasingly convenient, informative and price transparent internet. Many retailers talked of banning the internet in stores and challenged shoppers caught photographing items to check them online. For the first time in history the power was transitioning from the manufacturers and retailers to the consumer. No longer was geography a barrier as more people had cars, everyone had a smartphone and the cost of accessing the internet was reducing and the speed was increasing. In 1998 Amazon launched in the UK and showed the power of leveraging the internet, customer data and creating a benchmark of next day delivery (Amazon Prime) that had never been seen before. The UK has for decades had a very strong catalogue shopping heritage but the scale, the pricing transparency, the product reviews and delivery capability was something not seen before.

These changes were happening at the same time that consumer debt was rising, more people were ‘owning’ cars or rather borrowing them through PCP plans or interest free loans, more people were in employment than before which reflected a more balanced family economy with both parents working. The market was increasingly flooded with imports leading to low inflation and over supply which has resulted in full term discounting. The ‘stuff’ that could not be sold often ended up in landfill and the younger consumers have decided enough is enough and moved from stuff to experiences. The high street has been very slow to recognise these changes let alone adapt to them. These changes have big impact on how we fill our high streets, how we tax businesses on them and how we fund them to evolve and adapt to their local needs. Education, health, childcare, workspace, art and design, making, sport and entertainment are not common attributes of the traditional high street but this is what they have to become enabled by flexible planning, supportive taxation and a creative approach by communities and councils. Changes happen over many years in the same way that the decline happened over many years’ so politicians have to put aside political terms and political point scoring to support the communities and places they purport to represent.  It will take decades not days to create the high streets and places for communities to live, work and play that they originated as many many years ago.

So, I believe that we need to focus on the cause and effect of what is happening on our high streets and not always focus on decline or look to find fault in places or each other. These are challenging times for businesses, local authorities, communities and our high streets so by working together, such as is happening in Worksop through the Worksop Town Commission, we can repurpose our towns for the 21st century. Together Everyone Achieves More. We have the technology, data and research that provides the opportunity to better understand the form and function of our places and people as well as to communicate to them than we have had at any time in history. Let’s not waste it!

There are many exciting changes happening up and down the country led by a broad variety of people and interests. Who would have thought that Amazon through its Clicks and Mortar stores and eBay would be investing money on concept stores on our high streets? Well they are. Panorama also identified other changes and we have commitment from Government of over £3BN to invest in our high streets. So, let’s not talk of crisis but of opportunity and change. There are many great examples out there to inspire us both across England, Scotland and Wales as well as on the continent as we have seen in Roeselare in Belgium. Scotland through its Scotland’s Towns Partnership is some way ahead of England and Wales on this journey. We have the Great British High Street Awards whose 2019 winners will be shortly announced. Let’s celebrate and support, and not castigate our high streets!

For the first time since the evolution of our high streets started to accelerate back in 2009 we have an acceptance of change, a growing understanding of what we need to do, £3BN of funding to show what is possible in many places (certainly not all!), a Minister of State (Minister for the Northern Powerhouse and Local Growth) who is responsible for high streets and a High Streets Task Force with £8.5M of funding to ensure that our towns get the support they need to repurpose as they must. We have to create a tax system that incentivizes people to bring their businesses and people back to the high street. Successful high streets will naturally create more tax income which going forward will feed back into the local economy. Success breeds success.

Whilst Panorama, the media in general and the government always talk of the ‘high street’ the issues that need addressing are much wider and the high street is just the ‘window’ of the health of a place. Thriving high streets are as a result of a strong local economy, social cohesion and a healthy environment all of which have people at their heart. High streets are of the people and for the people so let’s make sure we have people, their current and future needs, at the forefront of any interventions.

I would like to end my thoughts with three quotes which I believe we would do well to heed;

“Vulnerability is the birthplace of innovation, creativity and change.”  Brene Brown

“Tell me and I forget. Teach me and I remember. Involve me and I learn.”  Benjamin Franklin

“It is not the strongest of the species that survives, nor the most intelligent that survives. It is the one that is most adaptable to change.”  Charles Darwin